I’ve been so busy with exams and haven’t had the chance to upload anything in the last few weeks. I have been taking photos of what I have been up to, so if you’re interested in checking out my foodie adventures, you can find them below! 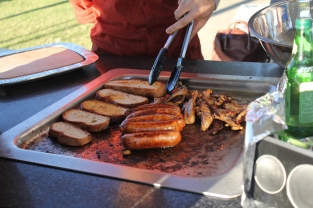 Picnic at a park

Booties made out of fondant icing

Mango and Pineapple sundae at The Potting Shed 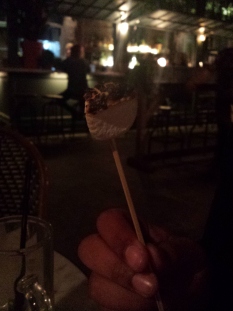 Toasted marshmallows at The Potting Shed 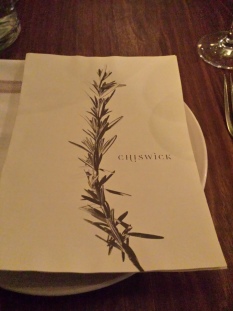 I’d never thought i’d be one of those people that were really into flowers, but I SO AM! I never really cared for them until I started planning my 21st birthday party. After seeing a bud vase arrangement from LeafTV and flicking through pinterest I had my heart set on doing it. Post-party planning i’m now hooked on peonies, they’re so beautiful.

I didn’t want it to be look too formal or clean, so I thought that adding some craspedia (aka billy buttons) and baby’s breath, it would make the setting appear more laid back. I especially like how the craspedia is dry, so it adds a rustic feel to it.

How to achieve this look:

If I had gaps i’d start filling them with baby’s breath. 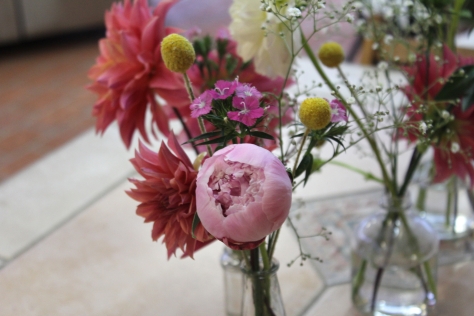 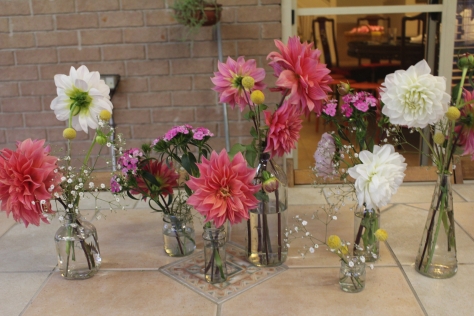 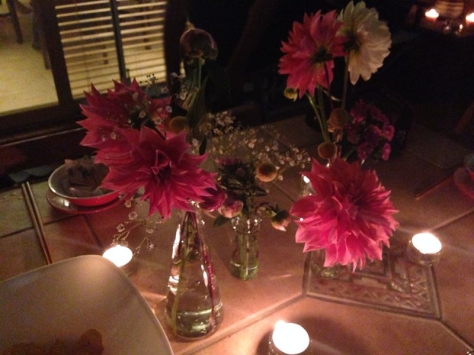 It has really been a while since I last made a post! I’ve been busy with uni work and organising my 21st birthday party, which I already celebrated last saturday! It was awesome and a very special night. Anyways, my actual birthday isn’t for another 2 weeks though! I celebrated it early since a lot of my other friends had already planned their own birthdays closer to my actual birthday. I’ll be making a series of posts on how I decorated it, what flowers I used and tasty treats I made etc.

Now on with the post about the flower markets! Two weeks ago I visited to check out, to see roughly what I was available for my party. I woke up at like 7am, arrived there at 8.30am and boy… there wasn’t much left. There was plenty of inexpensive roses though, so if that’s what you’re looking for, then you’re all good.

It open from 5am-11am on a saturday (free entry on Saturday!) so I thought that by arriving there at 8.30am there would still be a large selection of flowers, but no, a lot of stalls had cleaned off by then. I did see some of the flowers I had in mind for my floral arrangement though but I felt really restricted.

On the day of the event, I decided to go even earlier and reached there at about 6.30am. I literally had to drag myself out of bed and chug down some coffee to wake myself up, but it was totally worth it. There were a greater selection of flowers available and relatively inexpensive too!

I’d definitely recommend checking it out if you’re thinking of arranging your own flowers for an event, it’s a lot more cheaper than buying through a florist. I got inspiration as to how I wanted to decorate my tables via pinterest, a great source of getting an idea of what colours scheme you’re going for, familiarising yourself with certain types of flowers you tend to gravitate towards and how to arrange them.

I’d also recommend bringing a bucket with a some water if you planning on buying a few bunches. I’ll post some photos below and how much I paid for each bunch. Obviously prices and types of flowers will vary according to season but it will give you a rough idea as to what to expect when you make a visit. 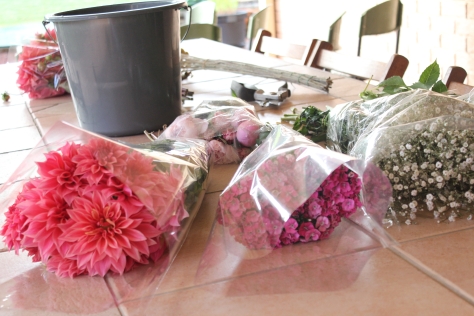 Pink dahlias (flowers on the left) seem to be in season now, they were $5 a bunch. Some stalls were selling them 3 for $10 but didn’t have that particular colour

The white dahlias (photo below, right most) were $4

The peonies were $25 for about 10 stems. Pretty expensive as they are currently not in season. I couldn’t resist though, they’re so beautiful!

I’m not sure what these pinky-purple flowers are, please let me know if you do! I bought this bunch for $6

The baby’s breath (right most flower) were $7, some stalls had different sizes of bunches, ranging from $3-10

The yellow, craspedia (aka billy balls/buttons) came as a dry bunch at $10 for about 25 stems.

The photos below are a sneak peek into how I arranged them for the party. I’ll be making a post very soon on it.

Leave me a comment if you have any questions! I’d be more than happy to answer you.

I mentioned in my Lunch at Ippudo post that I had a friend that had returned from a Japanese internship.

These are  some of the awesome things that she got me! As expected, everything is so cute.

I’ve  heard about the green tea Kit Kats but never tried them since they aren’t available here in Australia. I can tell you that they are so delicious, so creamy. It tastes like it’s coated with white chocolate, which a touch of green tea. The moomin candy was so yummy too, my favourite flavour was melon.

My friend knows me way too well, she knows that Welsh Corgis are one of my favourite breed of dogs. They are simply way too cute to write on  though. 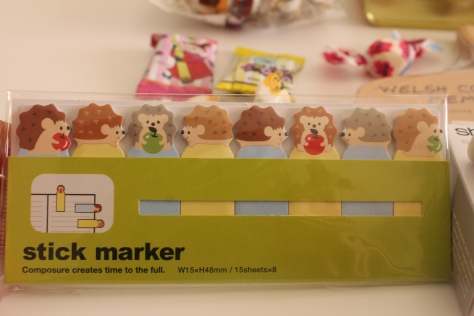 The little hedgehog tab markers are so adorable as well!

I had also asked her to buy the new Shu Uemura S eyelash curler. I have the original one but wanted to try these since it’s so much cheaper in Japan. If you’d like a review on these, please let me know.

I really appreciate all of the goodies, I’ve tucked into most of the candy. I can’t way to try the stockings in winter. If you have any questions, leave me a comment below!

My friend and I caught up as she had recently come back from her scholarship in Japan. I’m always really indecisive as to where we should eat, so I made her decide. Ironically, instead of craving food from home, she was already missing Japanese food and couldn’t get enough of it. I wasn’t complaining about her choice since I had yet to try the ramen at Ippudo, which can be found on level 5 in Sydney Westfield.  It was both our first time eating there, though she had been to the one in Japan. It was quite a cool day, so it was fitting that went there for some ramen. I love noodles, I could practically live off it without any complains.

We were sat down almost immediately and they were really speedy with their service, I received my food within the next few minutes of ordering. We both ordered the same thing, Akamaru Shinaji and shared some gyozas. The broth was so fragrant and tasty, with thin slices of pork belly, mushrooms and shallots. We ended our lunch with some matcha ice cream. Although the matcha green tea was very subtle, it was still really yummy and creamy.

After hanging out in the city, we headed back home and she gave me a bag full of goodies! She was so generous, it was filled with candy, heatech stockings and an eyelash curler that I wanted. Look out within the next few days, as i’ll be making a post on what I got.

Also, my apologises for the lack of photos! I was so hungry and couldn’t wait to gobble everything up. I’ll be sure to take more next time. 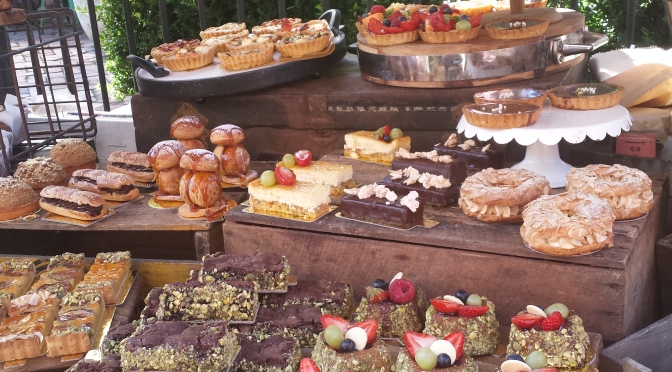 A great meal to start the day equals a happy day in my eyes. Today was a happy day at The Grounds of Alexandria, a favourite place of mine to chill out and have a good meal. I’ve only eaten lunch here several times now, but never for breakfast. Ultimately, the meal was satisfying and you can see what I ordered below.

The Grounds of Alexandria in Sydney is the place to go for anyone really; families, friends and couples. They open from 7am-4pm on Mon-Fri and 7.30am-4pm on Sat-Sun. You have the option of basking in the sun with your take out, allowing you to immerse yourself with its busy surroundings from the different stalls and coffee stand or choose to be seated inside.

The environment is lively, vibrant, cosy and promotes a holistic approach to its setting and food. It combines an organic and industrial aesthetic. While there was a long wait for a table (pretty standard on the weekends), I was able to enjoy some coffee outside with my friends and hung out near the farm animals, Kevin Bacon the pig and his friend Bradley the sheep. 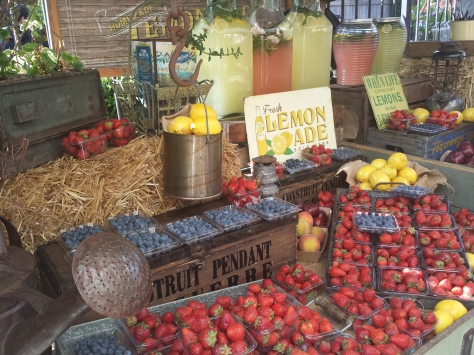 I highly recommend the rose lemonade, it’s so refreshing!

Get them hot! Fresh donuts being made on the spot.

A cute little stand with lots of yummy pastries. 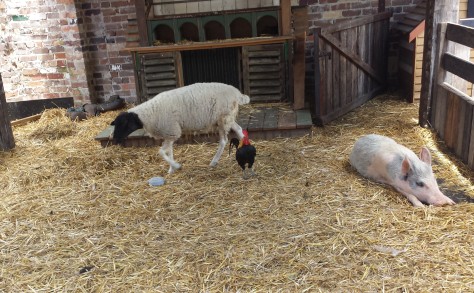 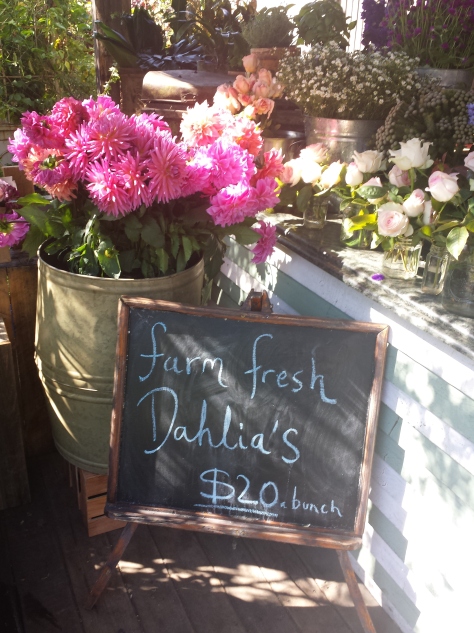 Since I was there before 12pm, I ordered The Grounds Breakfast Board from the breakfast menu, which had 2 poaches eggs, smoked ham, some feta topped with basil pesto, tomato relish and the Grounds famous sourdough bread. While the banana smoothie was on my mind (excellent by the way), I opted for the crushed apple cider.

P.s if you’re there for lunch, I highly recommend the Chicken Schnitty with a side of chips with chilli mayo! 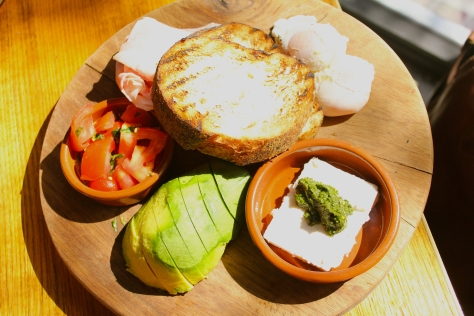 A nice way to end our trip 🇯🇵 - visiting the Snow Monkey Resort in Nagano #japan #nagano #monkey
🐒 🐵 Cute day with the monkeys #monkey #japan #nagano
Happy kid 😊 ✌️🍦
Day 6 in Osaka #japan2020 #osaka
I wanna eat everything 👀🍴🤤#osaka
I told him that he was the goodest boi here 😂 #shiba #kamakura #kawaii
Don’t think this pink phase is going away anytime soon 💕
I know I look like a lil lad 😂 but can we just appreciate the cheeky hello kitty socks
Seabream caught by @mike___t and prepared 2 ways. Sashimi & grilled 🐟